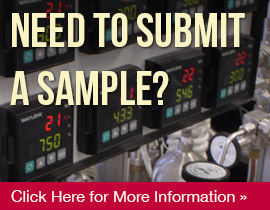 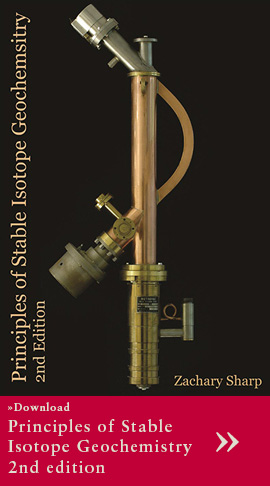 Changes in Weaning Age from Hunter-Gatherers to Agriculturalists: a Stable Isotope Study in Southern Belize

In Mesoamerica, it is clear the advent of agriculture brought unprecedented population expansion. However, as with many questions about this transition, a lack of archaeological remains has made determining the details such as when population growth began and the demographic profile of the population growth difficult to determine. The rockshelter sites of Saki Tzul and Mayahak Cab Pek, located in Southern Belize, provide a unique opportunity to answer certain questions about changes in the demographic composition of a single population during the transition due to a continuous burial assemblage spanning approximately 9,000 years. We propose to use stable isotopes of carbon and oxygen from multiple molars from adults spanning the transition to examine changes in weaning age. By using molars from adults, we can avoid any compounding issues with early illness or complications from weaning too early. There is still debate among researchers about change, if any, to weaning practices between hunter-gatherer and agricultural groups. This study will allow us to examine a relatively continuous population with similar cultural practices to identify if the average weaning age changes and explore the nature of this change and identify if cultural or environmental factors result in changes in weaning practices.

Application of the triple oxygen isotope system to mantle materials

Oxygen isotope ratios (16O/18O) have been used in numerous studies of mantle lithologies to estimate 1) the protolith 2) the source of metasomatizing fluids, 3) temperature of formation, and 4) degree of equilibration between coexisting minerals. The δ18O value of mantle olivine comprises a very restricted range (Mattey et. al., 1994), so that even subtle deviations from this ‘canonical’ value indicate some form of contamination. Eclogites span a range of 2–8‰ and suggest an altered oceanic crust or sediment protolith (MacGregor and Manton, 1986). However, the 18O/16O information alone provide limited information. The addition of the novel 17O/16O ratios provide additional constraints on mantle minerals, expanding the isotope data from a one-dimensional line to a two-dimensional field.

Our preliminary results demonstrate the utility of triple oxygen isotope analyses of mantle materials. OPX and olivine mineral separates from spinel peridotites are generally well-behaved for 17O, with Δ' 17O values (see Sharp, 2013 for nomenclature) of -0.05 ± 0.01‰, the same as presumed mantle olivine. We see that CPX is out of δ18O equilibrium in all cases. The Δ18O values for olivine, garnet, OPX, CPX and phlogopite from a granular garnet peridotite (Kimberley, SA) suggest complete 18O/16O disequilibrium, but the Δ' 17O values of all samples are again typical of that of the average mantle. In contrast, a sheared peridotite from the same location has Δ18O values in equilibrium at ~950 °C, but Δ' 17O values that suggest mixing between a low Δ' 17O – low δ18O and a high Δ' 17O – high δ18O component. One mantle eclogite sample, a grospydite from Smyth and Hatton (1977), has a wide range of Δ' 17O values but δ18O values that appear in equilibrium. It has been suggested that the wide range in δ18O values could suggest an origin for the eclogites from subducted altered oceanic crust (MacGregor and Manton, 1986). We are measuring the triple oxygen isotope values of altered oceanic crust in order to identify potential sources for the 17O isotope disequilibrium seen. The Δ' 17O values of these samples can be used to support such an idea. In general, the Δ' 17O values of altered oceanic crust are higher than typical mantle. Low Δ' 17O values may be indicative of subducted sedimentary material.

Kelp forests are among the most productive but vulnerable marine ecosystems on earth. These regions serve as biodiversity hotspots and CO2 sinks, but are also highly sensitive to human impacts such as overexploitation and shifting ocean chemistry. Understanding their dynamics is crucial for effective conservation and management. Here, we employ δ13C analysis of individual amino acids from two top marine consumers, sea otters (Enhydra lutris) and sheephead (Semicossyphus pulcher) to evaluate the importance of kelp forests in the late Holocene (~3500 ybp – present). Since only primary producers and microbes synthesize essential amino acids (AAESS), consumers typically directly route them into tissues and thus AAESS are minimally altered as they move up food chains. Moreover, different producers (e.g., phytoplankton and macroalgae) in nearshore marine ecosystems have highly distinct δ13C values and so the δ13C values of AAESS in top consumers can provide a ‘fingerprint’ of the dominant producers in the local foodweb. We analyzed bone collagen from late Holocene sea otters and sheephead from two islands (San Nicolas and San Miguel) off the coast of southern California. We also characterized the baseline amino acid δ13C profiles for modern producer groups: kelp (Laminaria and Nereocystis), green algae (Ulva) and red algae (Neorhodomela). We used mixing models to quantify the contribution of each algal group to ancient sea otter and sheephead AAESS δ13C values. As expected, kelps had significantly higher δ13C values than red and green algae for all amino acids measured. We found remarkable consistency between ancient sea otters and sheephead, both between individuals and among sites. Both top consumers were predominantly feeding in ecosystems driven by kelp production; in some instances, an estimated 99% of consumer essential amino acids were derived from kelp. These findings suggest that at these sites kelp forests may have been more extensive in the late Holocene than they are today. Our study demonstrates the utility of amino acid δ13C analysis in investigating historical ecological problems that hold relevance for modern conservation biology.

In a nutrient limited desert ecosystem, Perognathus flavus (PGFV) utilize a variety of foraging strategies to partition these limited resources and maximize fitness. This research (1) quantified resource use within individual PGFV as either generalists or specialists and (2) calculated the density and distribution of these mice across our study area. Mice were trapped monthly from March to October, 2014, pit-tagged, sexed, aged, bled, and reproductive status determined. We used a Bayesian mixing model to estimate the proportion of assimilated carbon that was derived from C3 versus C4 primary production in plasma, offset by a trophic discrimination factor. Differences in δ13C and δ15N values among rodents and plant functional groups (C3 versus C4) were assessed using Tukey post hoc tests to adjust for multiple comparisons. We used Bayesian spatial metrics to quantify isotope variation temporally across the species as measured by standard ellipse areas in δ13C versus δ15N bivariate space. Variation in isotopic space can be linked to individual variation in diet (specialist versus generalist). δ15N values indicate the trophic breadth of the community while δ13C values represent foraging preferences. By analyzing 1,570 plasma samples with >60 individuals that were trapped and processed 4 or more times over the 8 month period, we were able to adequately quantify foraging strategies. Using the MARC mark-recapture program we calculated density and distribution across our study area.